November 11 2022:
We have arrived in the morning at the Museum of Westford Massachusetts, there we met with the director of the museum Linda Greene, and a memorandum of understanding was made between us the SCMOTH 1804 OSMTJ and the City of Westford, in which, in the presence of the Grand Visitor Frater Pompeo Mangieri and the Preceptor of the NJ Frater Joseph Carollo, and Frater Salvatore Forlì, it is declared that the SCMOTH 1804 OSMTJ is the only Templar Order in the world to have had a Templar investiture on the grave of Sir JAMES GUNN lieutenant of Prince HENRY SINCLAIR.
Thereafter we were invited to the veterans parade, where we met Scott Hazelton a Knight Templar enthusiast and a dignitary of the Town of Westford, also met David Christiana (the sculptor of the Knight of Westford bronze sculpture) and intermediary of Clan SINCLAIR and Clan GUNN.
The day ends with the placing of flowers on the Grave in commemoration of the anniversary and permission to place a stone engraved with the name of our Templar Order.
So be it and so it will be done.
Non nobis Domine Sed Nomini Tuo Da Gloriam. 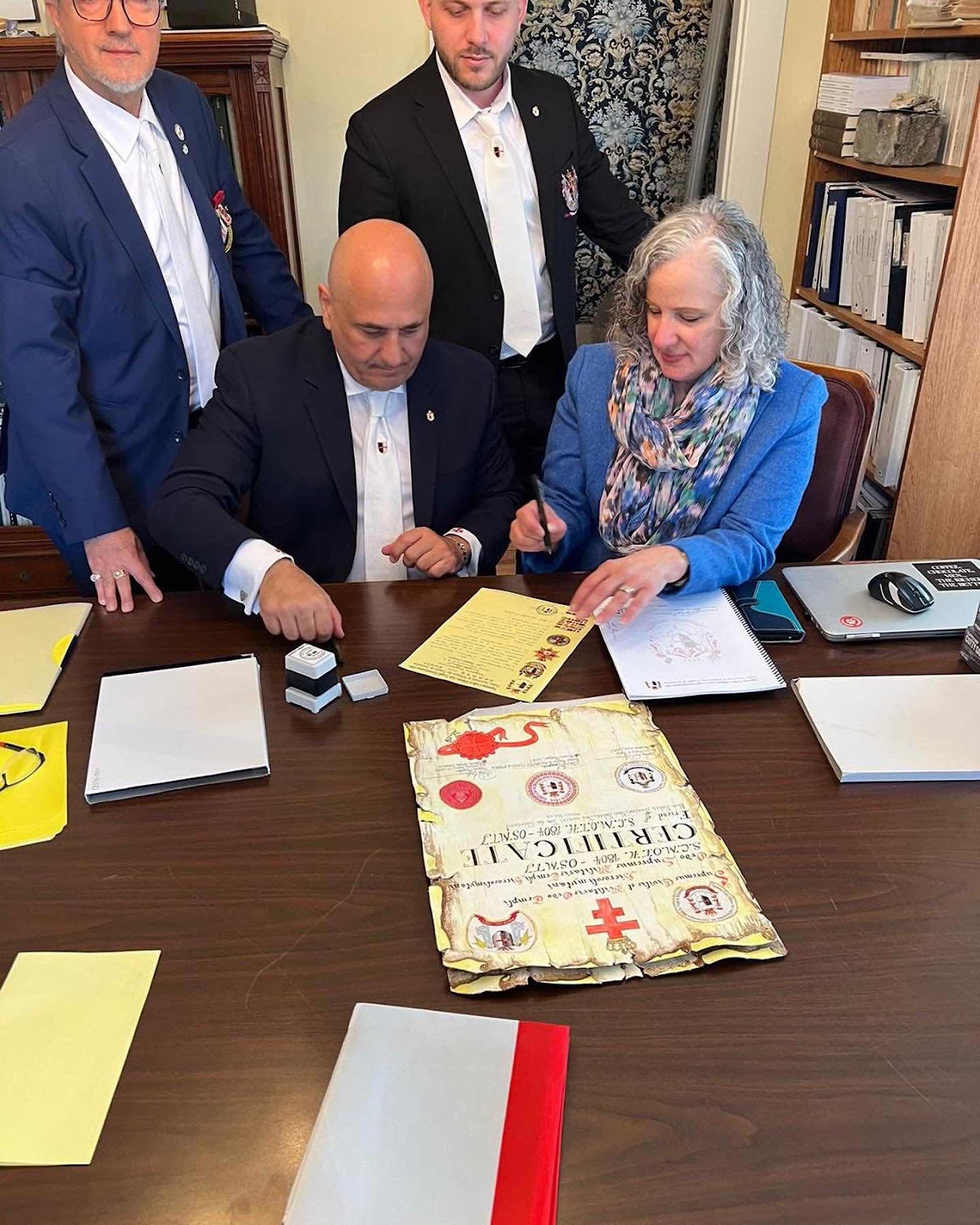 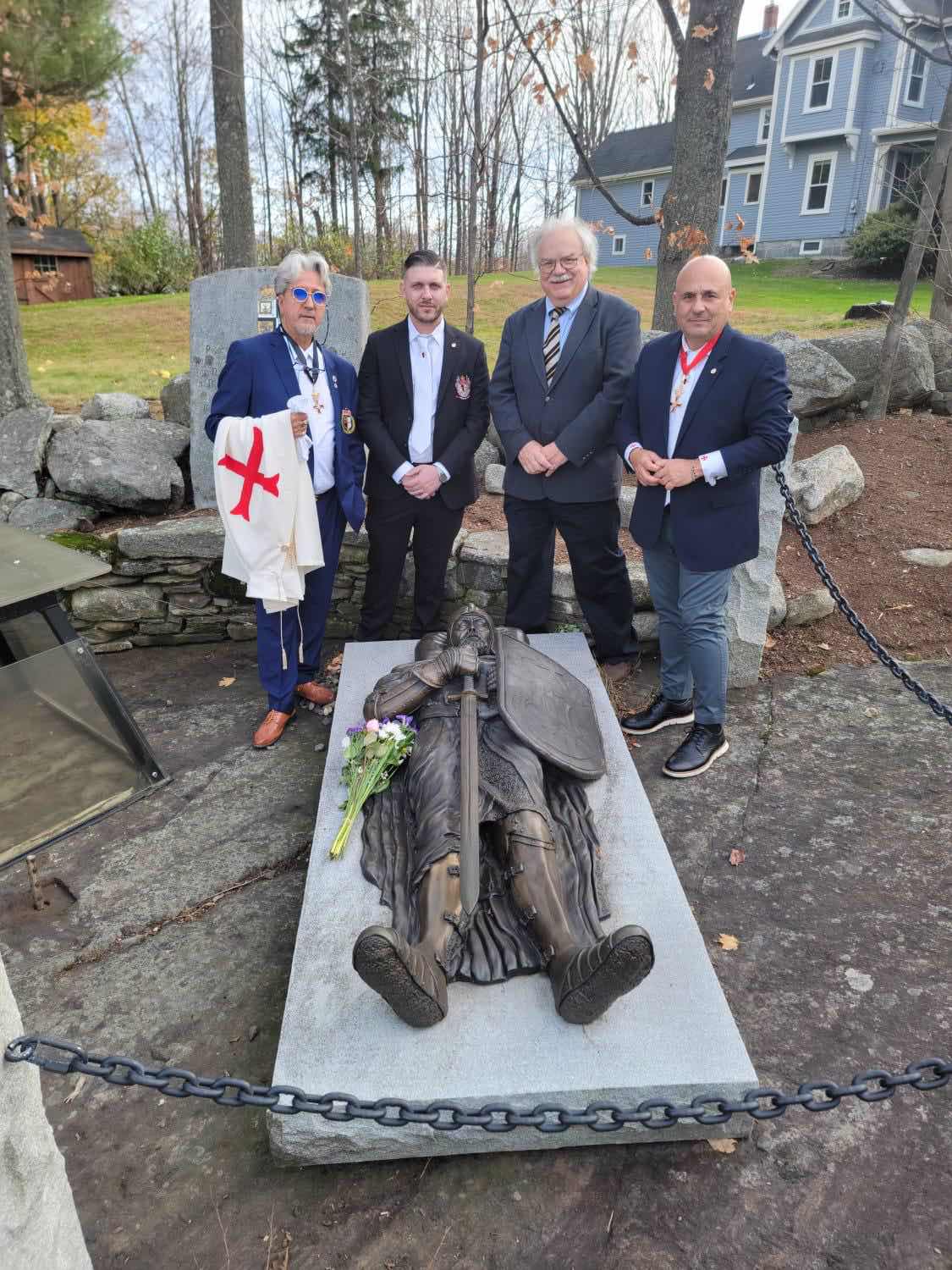 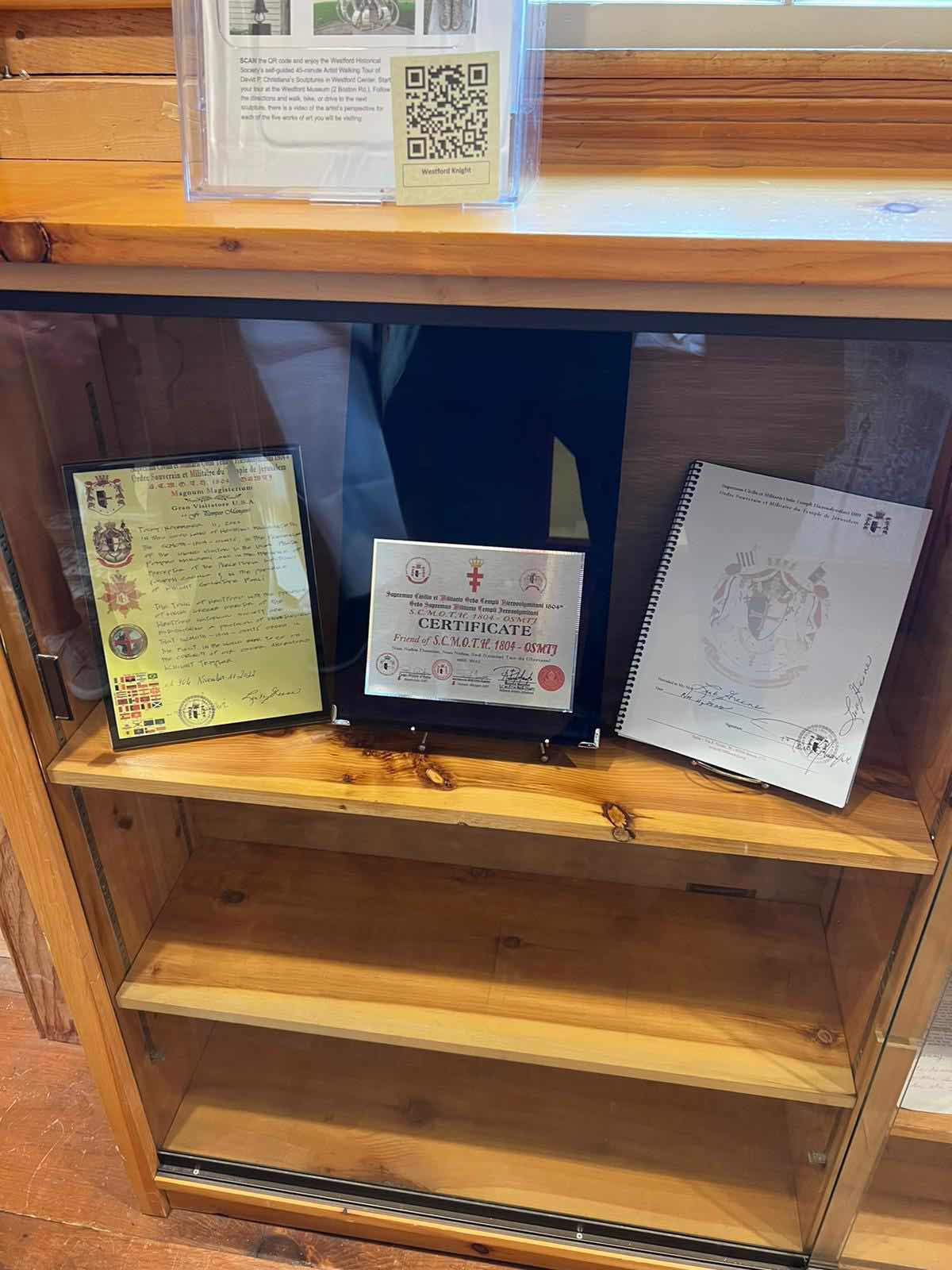