St. John the Baptist (יוחנן) is one of the important characters of Christianity and Islam. John preached and baptized (hence the name) in the Jordan River, being also the initiator of Jesus. Even Jesus was the one who said about John that he is "the greatest among those born of women," John the Baptist being the greatest of the Saints of the Christian world. And yet, between the two, despite what is being argued, but stated in the Gospels, there is a difference. It is said that both were hated by Hebrew priests and Jewish leaders, but that their lifestyle was different. While Jesus eat bread and drink wine, John the Baptist refuse eating bread and drinking wine. 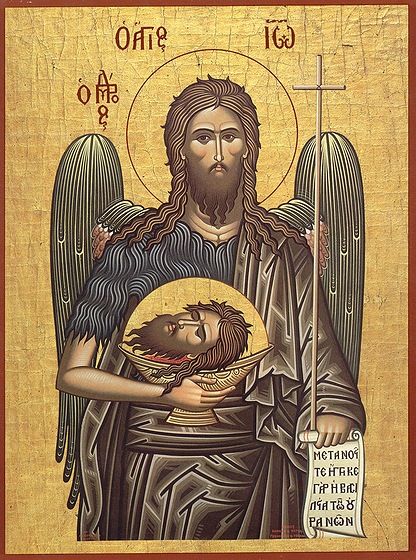 St. John the Baptist and Forerunner of Jesus, the greatest of the prophets, the voice crying in the wilderness, the desert turtle that preached the Spring of Grace, the torch of Light, the East which proclaimed the Sun of Righteousness, as an earthly angel and heavenly man which lies on the border between heaven and earth and unites the Old and New Testaments is celebrated also by the Romanian Orthodox Church.
St. John the Baptist is one of the Great Initiate linking Christianity to Islam. John is illustrated in the Koran as the prophet of God. Muslims consider him a witness to the Logos and the preacher of the rise of Isa (Jesus). Even his father, Zechariah, is considered a prophet of Islam.

However, Arabs (Muslim and Christian) name John in two different ways: John, son of Zechariah and John the Baptist, but the essence (John) is one and can be seen like a bridge between Christianity and Islam, a principle of balance and tolerance emanated in Freemasonry.

Excerpts from the article: St. John the Baptist, a bridge between Christianity and Islam, a principle of balance and tolerance emanated in Freemasonry