Romania celebrates the National Day of the Romanian Army

25 October marks each year the national celebrations of the Romanian Army. The Land Forces, Air Force and Naval Forces of Romania are collectively known as the Romanian Armed Forces (Forţele Armate Române / Armata Română). In each military base in the country and abroad this day is marked by ceremonies and tributes payed to all those brave men serving the National Flag and our Country. 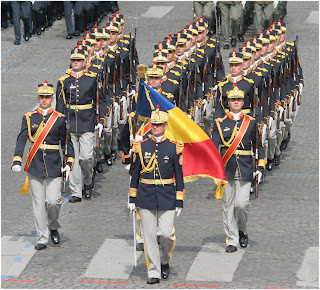