The mysteries beneath St. Sofia Basilica

St. Sofia (Αγία Σοφία) Basilica, the greatest of the Christian Orthodox Cathedrals built by Emperor Justinian I, shines in the history of Oriental Europe...  The church served as an Orthodox "worship temple" until May 29th, 1453 A.D., when the city was conquered by Sultan Mehmed II. After 1453, A.D. it was converted into a mosque until 1934, when it became a Museum. 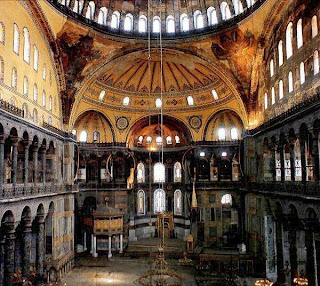 It is said that when the Ottomans entered the church on Tuesday, May 29th, 1453 A.D., priests were helding the Holy Liturgy. So that the pagans do not reach the Holy Gifts, they took the Holy Chalice and Holy Disc and they turned to a wall, disappearing... The legend has it that when the Holy Liturgy will be again celebrated in the Basilica of St. Sophia the walls will release those priests.

This myth, preserved by oral tradition, arose with the discovery of the notes of the Swiss architect Gaspare Fossati, the man who in 1847 A.D. by order of Sultan Abdul Medjit, restored the dwellings. It seems that he discovered the crypt, but he preferred to keep it to himself. In his note there is a letter addressed to a friend of his talking about a secret chamber that he used as office and that, in 1849 A.D. when he left the Basilica he sealed it back. 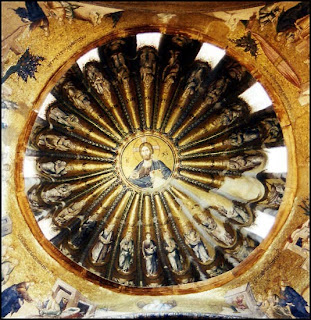 In 2005 A.D. his office was discovered and in 2009 A.D. St. Sofia revealed more of its secretes. There are more to be discovered and there is hope that the jewel of the Christian Orthodox crown will reveal its secrets... maybe soon...